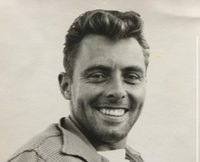 Gordon H. “Mac” Magoon, 90, of East Rochester passed away January 6, 2021.  He is predeceased by his parents, Clarence and Margarette Magoon and sister Dorothy Fiandach. He joined the Navy as a young man, returned to East Rochester and began his career as everyone’s favorite milkman, working for Parkside Dairy.  He then started his own business, Green Turf Landscaping, with partner, Denny Essom, and later retired from the Pittsford Highway Department. Longtime and proud member of the East Rochester Fire Department, he served as President in the early 70’s with close friend and Chief, the late Ray McPhee.   Mac was a man of the earth, loved the outdoors and our family camp, Punk-Kin-Hill.  A true innovator, Dad could rally anyone to help with a project, blaze a new trail or enjoy a hot dog and beer around the campfire.  He was the proud originator of the ERFD “Camporee.” Mac loved to play golf and euchre and had a great sense of humor. He always had a smile and deep love for his family and the E.R. and Middlesex, N.Y. communities. He was a bright light to all who knew him. He is survived by his beloved wife, Colletta, and children Tina Rooney, (Garry), Southport, NC, Marty Magoon, (Doug Corea), East Rochester, NY, Laurie Magoon, Abiquiu, NM, Michael Magoon, Cary, NC, Ked Robinson, (Chat), Albany, NY and Meredith Magoon, Philadelphia, PA; grandchildren Ian, Emily, Courtney, Morgan and Hannah, and many, many nephews and nieces. He is also survived by his brother Jim Magoon, St. Paul, MN and sister Carolyn Roden, Newark, NY. The Magoon family would like to express heartfelt thanks to all the staff at Crest Manor in Fairport, N. Y. for their care of, and kindness to, our father over the past several years.  Donations in his memory may be made to the East Rochester Fire Department.  A post-pandemic Celebration of Life will be planned in the coming months.