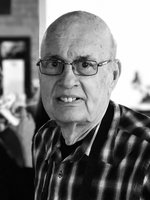 Webster resident Robert “Bob” Maser, 83, died June 19, 2021. His final days were spent visiting and reminiscing with his family and friends. Bob was born October 16, 1937 in Glenn Ridge NJ, to George J. and Elizabeth Lovell Maser. As a teenager, Bob attended University in Puerto Rico while his Dad was brew master at the Real Brewery Mayaguez - this is where he met Evelyn, the love of his life and wife of 63 years. Together they moved from Puerto Rico to New York, Maryland, California , Florida, and Colorado, finally returning to the Rochester NY area to retire and be closer to family. Bob was a dedicated engineer his whole life, embarking on a life-long hobby of amateur ham radio operation, call sign W6TR. He found much joy in later years reassembling his original ham radio set-up from the 1950’s. Bob earned his BSEE degree from Rochester Institute of Technology including recognition on the Dean’s List, and held several management positions at technology companies including Bausch & Lomb, Xerox, and Bournes Electronics. Sailing, golf, and hunting were among Bob’s special interests. He particularly enjoyed a 350-mile sailing trip in the Caribbean with his son that encompassed seven islands. Bob was predeceased by his parents George and Elizabeth, and his brother, Richard. He is survived by his devoted wife, Evelyn, his four children Deborah, Linda, Robert, and Elizabeth, four grandchildren Zachary, Erik, Ilana, and Millie and one great-granddaughter, Zadie. He is also survived by his sister, Nancy, and many nieces and nephews. Contributions may be made to the Rochester Red Cross Blood Donation Center or to mds-foundation.org.