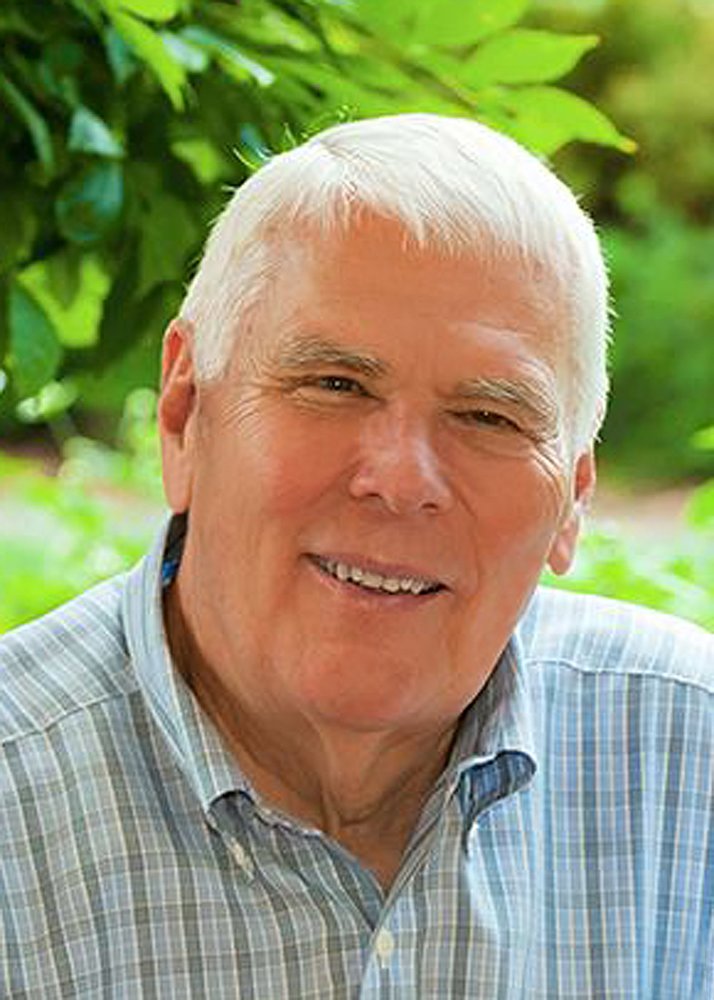 Roger James Adams of Pittsford, NY passed away at his home on Sunday, August 18, 2019 due to heart failure at the age of 84. Roger was born on February 3, 1935 to Claude Leroy Adams and Hazel Lavon Wood in Ogden, UT but grew up primarily in Las Vegas, NV. He worked at Walt Disney Studios during its early years as an animator on Sleeping Beauty and 101 Dalmatians. He served in the Army Reserves, was trained in military intelligence, and was recalled during the Berlin Crisis of 1961. He married Diane Kay Johnstun in Manti, UT on November 21, 1964. Roger earned a Ph.D. in Art History from Penn State University and worked as a professor at SUNY Brockport and Nazareth College of Rochester. Roger was a dedicated member of The Church of Jesus Christ of Latter-Day Saints, which he served in numerous lay leadership capacities, including as the head of several congregations and overseeing the Hill Cumorah Pageant in Palmyra, NY. He was active in interfaith work. Gardening was a lifelong joy to him. He treasured learning and education and was a voracious reader. He is remembered for his generosity, compassion, and sometimes irreverent sense of humor. Roger is survived by his wife, Diane; his children, Eve O’Neil, Tim Adams, Benjamin Adams, Rachel Newcomb, Mark Adams, Peter Adams, Suzanne Hancey, and Elizabeth Garner; brothers, Ralph and Claude; former wife, Sharon Hatch (mother to Eve and Tim); twenty-eight grandchildren, and twenty-one great-grandchildren. He was preceded in death by his sisters Laurine, Lavon, and Estella Louise and his granddaughter, Vanessa.

Share Your Memory of
Roger
Upload Your Memory View All Memories
Be the first to upload a memory!