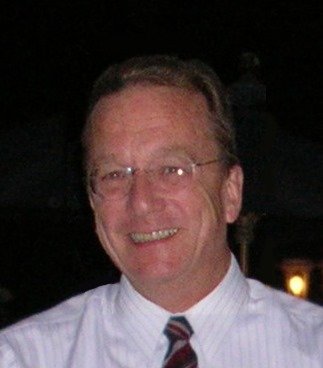 Thomas DeWitt Sweeney Fairport: On February 13, 2020 at age 70. Predeceased by his parents, John DeWitt Sweeney and Jean McNeill Sweeney Bruce. He is survived by his wife, Kris; son, Tim; siblings, John (Nancy), Patricia (Robert) Jones, Jane (David) Thompson, Mary (Steve Wootton) Sweeney and Paul; many nieces, nephews, cousins, in-laws and dear friends. Tom was born and raised in Niagara Falls, NY. Upon graduation from Bishop Duffy High School in 1967, he continued his studies at St Michael’s College of the University of Toronto, graduating in 1971. He majored in Economics and Philosophy. Throughout high school and college, Tom worked a variety of jobs ranging from driving 7-up trucks to working at the Niagara Falls International Airport catering services aboard airplanes. He loved airplanes and knew more about them than the average frequent flier. His travels included many countries in Europe, Puerto Rico, and throughout the United States and Canada. He particularly loved California and Washington State. Tom was crazy about his family. He rarely missed a family gathering and loved talking to the younger ones in his Donald Duck voice which always captivated children of all ages. His slide shows following dinners were the highlight of the evenings as no one would ever know what pictures would appear on the screen. He had a wonderful quick sense of humor and laughter came easily and often. He was a great fan of Alfred E Neuman and probably still has the original Mad Magazine stored in a closet. His interests included mind puzzles, 20th century American History, politics, local history, especially of the Niagara Falls region. He was a great fan of legal thrillers and biographies. Tom was a trivia fan, oldies but goodies music fan, and rarely did a Christmas morning pass without a phone call from him singing “Alvin and the Chipmunks”. He was united in marriage with Krisanne Tortora on August 30, 1975. Their son Tim was born September 22, 1988 and Tom embraced parenthood to the fullest along with Kris. He was so proud of Tim, always encouraging him to be the best he could be in his every endeavor. Their father-son bond was so special. Tom’s professional career began as a commercial claims adjuster for Nationwide Insurance Co, which provided endless “truth is stranger than fiction” stories. He then studied and received his CPCU Certification and worked as a Commercial Underwriter for Nationwide Insurance both in Rochester and Columbus OH and several local Insurance Agencies. He eventually branched out independently as a Commercial Insurance Loss Control consultant, a job he thoroughly loved to wake up to every morning. Every day was different, never knowing who he would meet, what he would inspect, the stories he would hear, and where his travels would take him. His love of his job and the people he met along the way kept him from embracing the idea of retirement. Tom finally fully retired in 2018. He then would slip down to Florida as often as he could, to soak up the sun and bury his toes in the sand with a good book and a bag of chocolate chip cookies. Tom will be greatly missed by his family and friends. The void will never be filled. But in the words of Dr. Seuss, “Don’t cry because it’s over, smile because it happened”. Friends may call at Harloff Funeral Home, 803 S. Washington St. East Rochester, Friday, February 21, 4-8 PM. His Funeral Mass will be held Saturday, February 22, 11 AM at St. Louis Church, 64 S. Main St., Pittsford. Interment White Haven Memorial Park. In lieu of flowers, kindly consider donations to Lollypop Farm, 99 Victor Road, Fairport, NY 14450 or https://www.lollypop.org/.
Share Your Memory of
Thomas
Upload Your Memory View All Memories
Be the first to upload a memory!